Intuition Grabs at My Gut 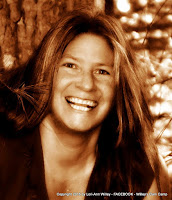 Intuition Grabs at My Gut
Copyright 2017 by Lori-Ann Willey

Living with a disabled husband for as long as I have, you learn to pick up even the most subtlest hints of others who are disabled, too.  Just because someone doesn't use a wheelchair or a cane, doesn't mean someone is not disabled in another way ...a bad way. There are so many medical issues out there that are not obvious.  Often, their "issues" go unnoticed, and one would "never know" unless they were told.  Some of them escape me, too.

This afternoon, Paul and I did the 16-mile loop to shovel off and around the truck and trailer.  Soon after our arrival, a man pulled his snowmobile to the back of his trailer, stopped and turned off the ignition. My initial thought was, "I bet he's done that a million times". After throwing a few shovels of snow, I saw the man manually shimmy the back end of his sled to line it up. A few more shovels of snow and I started to wonder what might be the problem that he didn't just drive the machine onto the trailer.  I stopped and gave a closer look.

There was something subtle about him that caught my attention.  His walk was normal, but still, there was something minute that stuck out and I couldn't quite pinpoint it without making it look like I was staring at the stranger from about 75 yards away.  I shoveled a few more times and then glanced back again.  "Yep", I thought to myself, "he's gonna need some help."   He shimmied the sled again.  That time, I started walking his way. When I closed in half the distance, he glanced my way but kept doing his thing.  I spoke loudly, "You all set?  I can help."  The man smiled and gave me a wave that indicated he didn't need any help.  I turned and walked back to the trailer.  A few seconds later, he called, "Thank you!".  I tossed my hand in the air without looking back and yelled, "Yup, sure thing."
It bugged me. Something in my gut told me to keep glancing at the man.   I knew myself well enough that if I saw him struggling, I'd go over and insist that I help, because I am forever and a day declining help, too.  At the same time, I didn't want to barge into his space either, because stubbornness and that independence thing is something that I understand, as well.

The way the man walked was normal, but still, something in my gut told me to stay vigil.  I figured I'd throw a few more shovels of snow and if his sled wasn't on the trailer by then,  I'd just go help no matter.  After four shovel throws (I was going to the count of five before I approached the man again.), I heard a winch start.  I grinned bigly and stopped to watch across the distance.  I love when people find ways to make things work for themselves!   Without a doubt, I knew the man wasn't being lazy, but instead playing it smart.  My curiosity bugged me. There was a reason!  My gut is very rarely wrong.

Paul was at The Beast and emptying the bed full of snow when he saw me walking with a shovel in hand. He looked kinda confused until I pointed at the lone sledder.  As I approached the man, I made light conversation about the winch while the sled slowly and effortlessly slid onto the trailer.  The man spoke mentioning something about it being a new winch because the other one stopped working on him and indicated that he was still pretty much in trial and error mode with this one.

After he put the cables away, he asked if that (The Beast) was our rig.  I told him that it was.  He went on to say that he just purchased one similar to ours, but smaller.  He asked how we liked it and asked questions about the entire set up. After a couple short minutes, I told him that we lived off the grid and that Paul is disabled, so although using one of those is expensive, it is easier for Paul rather than a sled.  The man understood without question.  As we started walking toward Paul, the man confirmed my gut instinct when he said, "I'm disabled, too".   For years, I've been so in tune with Paul's medical issues that subtleties catch my attention ...preemptive red flags, if you will.

The longer we talked with the man, the more admiration I had for him. He was inspiring! When he said that he just moved to Maine and is new to the area, that he takes daily walks with his dog and enjoys fishing for trout through the ice, my heart warmed.  I thought, "How great is that!  An outtah-statah, disabled at that, moved to Maine and is doing the things he wants to do. Disabled or not, I like that mindset!"  That is such a huge feat in my book! That not only takes a lot of courage, he is not allowing his medical issues stop him from living!

Just because someone is disabled does not mean life stops!  I applauded this man. When he listed his illnesses, I recognized only two of them, Chrone's and Dementia. The protective mommy side of me spoke out, "You be careful out there on those trails!  Don't get turned around"  It was then, he said that he usually has his dog ride with him, but not today.

The man, Paul and I chatted for a long while, but both men were tired.  Their stance needed help. They both leaned for added support.  I reached for the man's hand and shook it, "You keep doing what you are doing!  Keep getting out there!"  He grinned and said, "I will.  Thank you".

I know a lot of disabled people.  Some have unseen illnesses. Some, are quite obviously physically disabled.  I was in awe of this man.  Part of me wanted to be protective. Another part of me wanted to kick his patoot, while the biggest part of me wanted to encourage him to never-ever give up enjoying life.  We are all thrown curves.  Some are harder to hurdle than others, but it's the mentality, the drive, the courage to continue doing things in life that make us feel as whole as possible.

Some of the most impressive people are disabled, but their minds are as sharp as their tongues at times and they make me laugh in appreciation.  They not only kick their own patoot, they kick and encourage others to push onward, too.   It REALLY IS a mindset ...I've written about that very same topic before, but it really, really is just that.  Where there is a will, there IS a way.  The question one should ask themselves is, "How bad do you really want it?"

"Live" while you can, people.  Stop making excuses!  DO!  So what if you need to alter how you do something.  Figure it out!